The first owner of the building may have been Durante Duranti, the lover of Costanza Farnese, or Guglielmo della Porta, who in this case would also have been the architect. The palace takes its name from the three coats of arms of the Farnese family, which were added to the facade under Paul III. 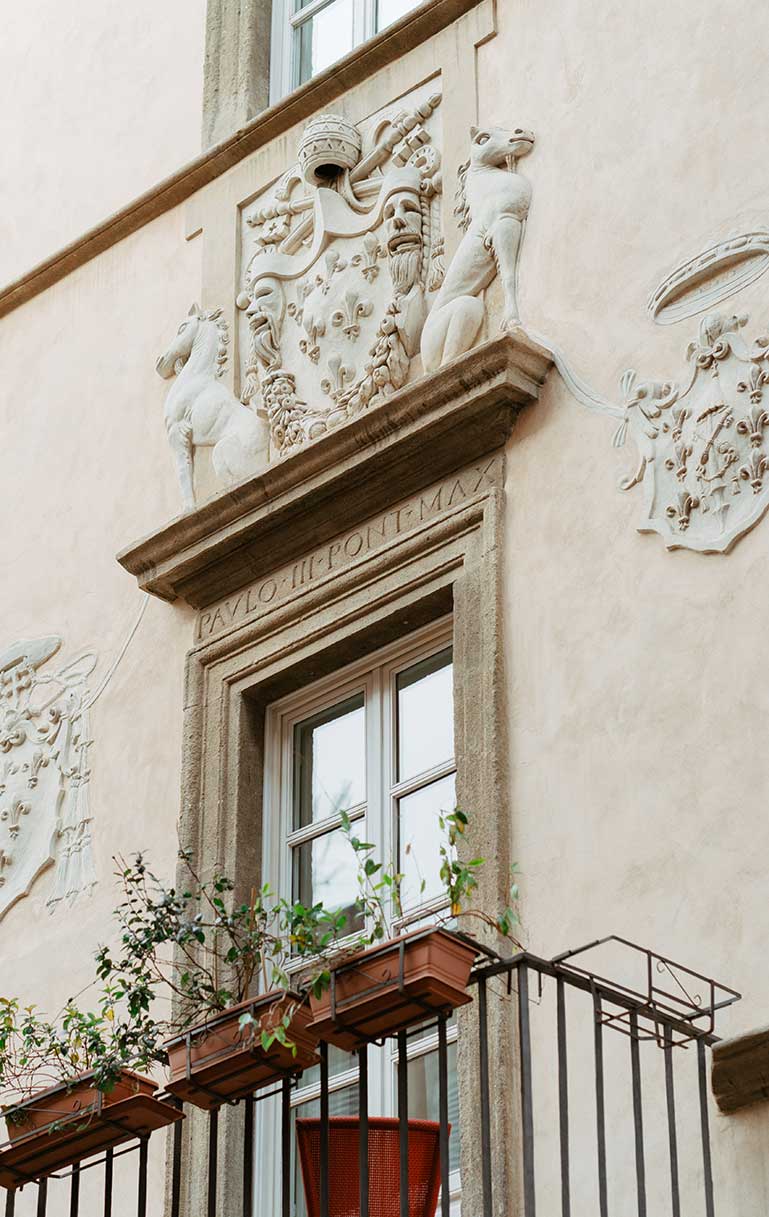